Through my charity work with organizations like Osborne House who assist women and children escape abusive situations, I have touched on this topic.

I have been verbally attacked on occasion, received angry emails and direct messages on facebook and twitter, for refusing to speak to men who made me uncomfortable with their unwanted attentions. I’ve taken insults from men because I’ve refused their friendship or affections. Although it hurts to be labeled a bitch, I’d rather stand strong, knowing if that is how a man treated me trying to win my friendship, then I do not want nor deserve that kind of friendship.

A year ago, I learned of a predator on Facebook. I became privy to this information because of my previous work helping others to tell their stories. This person has attempted to turn others against these women, making himself sound like the victim, even threatening them to keep their mouths shut. In sharing the information below, we hope to caution every woman to be careful, and protect themselves. Look for the warning signs listed below, listen to your gut. Know that you are enough, you don’t need his brand of “help”.

Predators are not only those who stalk you in person or follow you home. Online predators are equally as dangerous because eventually they want to meet you in person. I want to share the definition of a predator and some tips to protect yourself from becoming a victim. The information presented here comes straight from the mouths of survivors of this type of situation.

HOW TO SPOT A PREDATOR

It is difficult to spot a predator. They act like the nicest man (or in some cases, women) on the face of the earth. They are funny and charming. They flatter you, tell you what a wonderful mother you are (if you are one), praise you for going it alone, and give you all sorts of compliments.

They are good at finding out what you want to hear and saying it often. And what woman getting out a bad relationship couldn’t use an ego boost like that?

Eventually, you feel safe enough to begin revealing your story. They will tell you how affectionate you are, insist you have “issues” in common, comment how women are “gifts from God” (which we are), and tell you how “abusers” are horrible.

By this time, if you’ve gotten this far, he’s made you feel like he is the only one who understands you. He’ll offer you his phone numbers, wanting to hear your voice, insisting on reassurance.

What makes a predator different from the average person you might date and have things in common with, is that predators are narcissistic and everything will eventually become about them. Because they know how to use guilt as a weapon, victims will often feel guilty when they bring up something they don’t feel is right or try to stand up for themselves.

***At this point, I will reveal that in the past I have been privy to a couple of would-be predators getting me to the phone number point. This is when I TURNED TAIL AND RAN IN THE OTHER DIRECTION. My red flags went up way before this happened but feeling vulnerable and having no “proof” of what he was doing, I continued to trust, until my instinct screamed at me to end it before something bad happened.***

The next bit of information comes from women who have bravely told me their stories after they’d let it go beyond what we’ve discussed so far. They’re hoping to save others from their pain by telling the world what happened to them.

Once a predator gets you on the phone, they know how to speak to you. Their voice is charming and almost hypnotic. It’s a skill they’ve honed with years of practice. Now that they have built you up and you trust them, they insist on “training” you in some area of your life.

It begins in a very subtle way; they tell you that you’re good at something and they can help you improve on it. Before you know it, they are controlling what you’re doing and you believe you can’t do it alone without their help. If you succeed in any way without them, they are quick to remind you that you could not have done it without them.

Now that they have built you up, they will begin tearing you down, letting you know when you have disappointed them, and how you can make amends. However, you’ll never make amends to their satisfaction. It now requires some sort of punishment, whether verbal or physical, and by this point you believe you deserve it.

HOW TO PROTECT YOURSELF FROM A PREDATOR

NOTE: A predator also knows how to use intuition – they prey on women desperate for affection, in need of strength of another and love. They know how to use this against a person. They also know how to use guilt to their advantage. Women often know when things aren’t right, even if it’s not at the beginning, but a predator will attempt to convince them they are wrong, using guilt as a weapon.

***I’ve asked women who were hurt by a predator such as described above if they saw the warning signs. Most of them said yes, but not until it was too late. In some cases, they were hoping it would improve, and in others, women were lured to a private location for a rendez-vous and promised love and affection.***

3. Predators study their victims. You can protect yourself by learning to use your intuition better, by studying your interactions with people, reading their body language. This will help protect you in the future. At any time, if a person makes you feel uncomfortable, GET AWAY, whether online or in person.

4. Never hesitate to call authorities if you feel verbally or physically threatened, if you are able to do so.

Should a predator get you alone in a physical location, they will ensure you are unable to get to an exit. Try to remain calm and figure out your escape as soon as possible. Below is a link to information to protect yourself when you’re out in public.

Many people don’t contact authorities because they’re afraid to tell someone. Predators make victims believe they wanted these awful things to happen. Victims feel ashamed and do not want to go public.

Tell a trusted friend. Call the police. Contact a local shelter. There is power in numbers. You do not have to suffer in silence.

IF WE LEARN HOW TO TRUST OURSELVES, OUR INSTINCTS, WE CAN THEN LEARN TO TRUST OTHERS.

And above all – learn to LOVE YOURSELF. If you love yourself, and find your own worth, you will be less likely to fall prey to a predator of this nature as they go after those who are vulnerable.

Build yourself up, love yourself. Be safe my friends.

Below is a link with some tips to protect yourself while you’re out in public.

Thanks for taking the time to read the blog. Please share this information, and if you have fallen victim to a predator, end contact with the person and seek help immediately. Don’t berate yourself. This kind of thing happens to even the smartest person because these predators are good. They didn’t become this way without practice. Don’t give them the chance to practice on you. 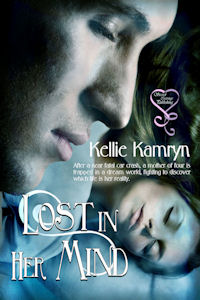 Check out my Youtube video on Lost In Her Mind to hear my reason for writing the book, and how you can help victims of abuse.

One thought on “How to Spot a Predator”